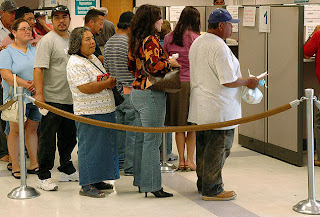 2 Replies to “On the Scene: the Unemployment Office”