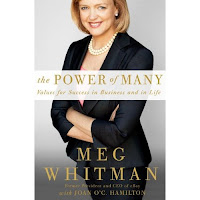 …are several business(y) books of note: The most-eagerly awaited (certainly by Random House) is former eBay CEO Meg Whitman’s The Power of Many: Values for Success in Business and in Life (Crown). The would-be California Gov tells all about work-family balance, the purchase by eBay of of PayPal, and lessons she learned working at Procter & Gamble, Bain, Stride Rite, and, very interestingly, at FTD. Values, schmaluuus–the worth of this volume is in its stories, not its “rules” for business. Still, I came away persuaded that it would be cool to have a chat with Meg. (Pub date: Jan. 26)

Switch: How to Change Things When Change is Hard by Chip Heath and Dan Heath (Broadway). So you liked Made to Stick, that Malcolm Gladwell-ish prescription for how successful products attract fans? Then, Switch may be for you: More tales about how our brains are constructed, with supporting evidence drawn from such sources as Save the Children and BP. (Pub date: Feb 16)

And speaking of brains, there’s Drive: The Surprising Truth About What Motivates Us by former Al Gore speechwriter and best-selling author Daniel Pink (Riverhead Books). You like to get paid–lots–for your work? Think about it: Pink surveys a variety of scientific experiments and corporate experiences that point to other factors as more significant in motivating workers. It’s all about “autonomy, mastery, and purpose,” he says–and makes us readers believe it. Put down your whips and your carrots, Mr. Bossman–what matters is getting your colleagues to apply a sense of play and imagination to their daily tasks. (Pub date: January 4).

Yes, ’tis the season to be reading, or so say many publications.

The Financial Times has an ambitious “best of” list for 2009 that includes works of fiction and nonfiction on politics, religion, science, history, food, travel, and art. That publication’s business list, compiled by Stefan Stern, includes the likes of economists George Akerloff and Robert Shiller’s Animal Spirits (an endorsement of behavioral economics) and Liaquat Ahamed’s Lords of Finance (on how central bankers fumbled during the Great Depression). To read the complete list, go to http://www.ft.com/cms/s/2/2fb47d30-dae5-11de-933d-00144feabdc0.html

BusinessWeek‘s list, compiled by me prior to my recent severance from the publication, features such volumes as New Yorker writer John Cassidy’s Why Markets Fail (an attack on “market fundamentalism”) and Andrew Ross Sorkin’s Too Big to Fail (a blow-by-blow narrative of the recent market meltdown), along with such non-finance titles as Kenneth Roman’s The King of Madison Avenue (a bio of legendary ad man David Ogilvy). To read that list, go to http://www.businessweek.com/magazine/content/09_50/b4159075731414.htm?campaign_id=rss_topStories 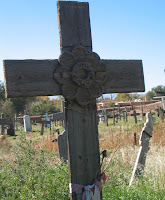